MOST PROMISING INDIE AUTHORS IN 2015 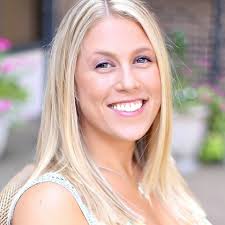 Any writer can tell you that completing a novel is only half the battle. Getting a publisher to take a chance on you and publish your work can often be tougher than writing the book in the first place. Fortunately, the ability for readers to buy ebooks online has made it a lot easier for authors to get their work out there for people to read. This convenience has led to a surge of indie authors in the last several years, giving readers a wide variety of ebooks to choose from.

5 Most Promising Self-Published Authors of 2015

How do you choose a good book out a smorgasbord of millions?  My suggestion…If you’re looking for a good read, the best place to start is with a good author.  Lucky for you, ChatEbooks has crafted a list some of the most promising self-published authors of 2015.

When you are planning to buy ebooks online, Deborah Bladon is a self-published author to watch out for. Her love for romance series books as a child inspired her to write romance novels herself. A New York Times, USA Today and Wall Street Journal bestselling author, Bladon is famous for her collection of book series, such as The Obsessed Series, The Exposed Series and RUIN Series, which landed in the list of 25 Ebook Bestsellers in 2015. Nothing less is expected of her upcoming RISE Series as it is predicted to rock the bestseller list as soon as it is released.

L.P. Dover is another indie author that is making waves this year. A New York bestselling author, Dover has over fifteen novels under her belt. These include her different series of books, such as “Forever Fae” series and the “Second Chances” series. Her novel “Love, Lies, and Deception” has also gained great reviews from readers.

Patrick Garry is an indie author who has written twelve books in the areas of law, history, politics, and religion. Those books have received a number of awards and have been featured in a variety of media interviews, academic conferences, and book reviews. His novels have not only been reviewed by a multitude of professional book reviewers, but they have also been given twenty one different literary reviews. His novel, “Saving Faith” was awarded this year’s Next Generation Independent Book Award.

A self-published author and entrepreneur, Mark Dawson has sold over 300,000 copies of his John Milton Series. Over the past year, he has made six figures and is on course to make much more in future years. In fact, he is paid $450,000 a year by Amazon for his work. Dawson is able to keep a steady fan base by utilizing social media to his advantage. Through Facebook advertising, he been able to pump out $370 daily and ultimately receives double that in return on investment.

Barbara Freethy is an indie author we should expect to see great things from in 2015. Freethy is a bestselling author with 18 New York Times bestsellers to brag about. These books include “On a Night Like This” and “Don’t Say a Word”. With over 4.5 million units sold, Freethy is the bestselling Amazon Kindle Direct Publishing Author of all time.

So there you have it – A few of the most promising indie authors of 2015. Due to their hardwork and dedication to writing, they have delivered great pieces of work.  If you yourself are an aspiring author, let their accomplishments be your inspiration to work hard towards accomplishing your goal.  If you’re an avid reader who loves to buy ebooks online, consider these self-published authors; they are definitely people to watch out for in the ebook scene.

MOST PROMISING INDIE AUTHORS IN 2015