Female Authors Making Their Voices Heard In The 21st Century 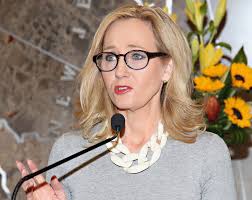 Female authors have had as great an impact on the literary landscape as their male counterparts, despite their lack of notoriety. Women have been telling stories for generations, and they have clearly proven that they have a knack for it. Children, especially within traditional societies, have been falling asleep to the tales woven by mothers for centuries, if not millennia.  These stories have shaped the lives of children and perspectives of the world.

It is only in recent times that the female voice has begun to truly shine.  This, despite the fact that they have been putting their creative efforts into penning stories for years, This is due in no small part to 21st century technology. Allowing every young girl and aging woman to bring her love of the written word to a worldwide audience.

The Most Important Female Authors of the 21st century

Women often exceed the capabilities of their male counterparts in storytelling. This is because of their ability to bare their emotions that allows readers to connect with them.

Women like Sylvia Plath, George Elliot and Agatha Christie are responsible for laying the foundation. So many female authors today are using to climb the ladder of success to the top.  In fact, some of those female authors are making waves and changing the literary landscape for readers of all genders. Collectively, these women hold readers captivated with stories of fantasy and reality, suspense and drama. Add to that insights into the complexities of human emotion and fresh takes on societal issues. ChatEbooks lists down some of the most celebrated female authors of the 21st century.

When you speak of influential female authors, few people think about J.K Rowling. This applies to individuals heavily steeped in the more serious aspects of literature. After all, for all her success, you couldn’t compare her works to the writings of Jane Austen. However, one would be remiss to ignore the impact J.K Rowling has had on the world.

J.K. Rowling is the most financially successful author, female or male, in history. Her “Harry Potter” series is singlehandedly responsible for introducing an entire generation of children to reading. Rowling’s story about a boy who learns of his magical heritage continues to inspire readers of all ages.  This literary masterpiece allowed Rowling to paint a picture of success that few authors thought was possible for writers.

Stephenie Meyer has as many haters as she does fans. After “Harry Potter”, Meyer’s “Twilight” franchise might be the biggest phenomenon to strike the publishing industry in the last decade. This catapulted her as one of the top well-renowned female authors. A self-confessed Jane Austen enthusiast, Meyer is the spark that has reignited the fire behind the young adult genre. In doing so, she gained worldwide recognition with stories that explore themes of romance, immortality and sacrifice. Her books have crafted a reading culture within an audience typically bedazzled with social media and video games.

Zadie Smith is an English novelist lauded as the ‘next big thing’ after her book, “White Teeth” debuted in 2000. The best-selling novel also made TIME’s 100 Best English-Language Novels list from 1923 to 2005. With novels like “On Beauty” and “The Autograph Man” receiving critical acclaim and attracting great commercial success, Zadie Smith’s efforts in various writing programs and courses have allowed her to pass her love for reading and writing on to the next generation of authors.

Jhumpa Lahiri is considered by many to be one of the best female authors of the 21st century. Her debut short story collection, “Interpreter of Maladies” (1999) her a Pulitzer Prize for Fiction in 2000. Along with “The Namesake” and “Unaccustomed Earth”, Lahiri’s work often strives to explore different cultures and how the people within them relate to one another.

An Iranian-French book author and cartoonist, Satrapi is best known for “Persepolis” (2000), a series of graphic novels that have attracted global acclaim. The four-volume series explores her childhood and teenage years in Iran and Europe. Received with international acclaim, “Persepolis” was voted one of the Best Comics of 2003 in Time magazine and was awarded a prize at the Angouleme International Comics Festival.

From Jodi Picoult to Suzanne Collins, there is no shortage of female authors today. The 21st century has proven to be quite the powerful breeding ground for women determined to have their voices heard.

Female Authors Making Their Voices Heard In The 21st Century