Best Romance Novels Guaranteed to Fill Your Heart with Love 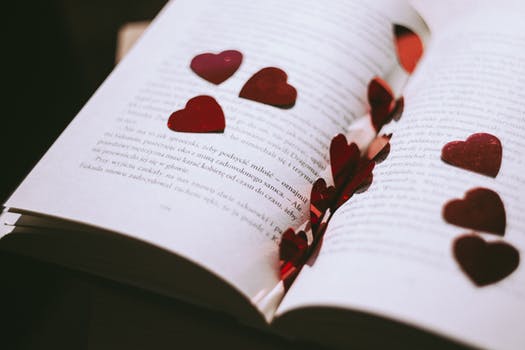 Romance is one of the most popular genres in the publishing industry. Appealing primarily to female readers but proving just as popular among men, the best romance novels are only as successful as the quality of the love stories they tell. While every romance novel emphasizes the relationship between its lead characters, few romance novels ever truly deliver on the epic love stories they often promise.

The Best Love Stories of All Time

Love stories are a dime a dozen today. From tearjerkers to the warm fuzzies, romance novels can melt your heart and make you laugh at the same time. Any author can write a romance tale about two people falling in love. However, only a few authors can craft the sorts of epic love stories that move the spirit and inspire hearts.  ChatEbooks lists down some of the best romance novels and time-honored tales of true love that’ll hit you right in the heart.

As far as best romance novels go, Pride and Prejudice stands a class apart. Following Elizabeth Bennet as she deals with issues of morality, education, marriage and manners, Pride and Prejudice has transcended time, attracting interest in every new generation.  The story chronicles the lives of the five unmarried Bennet Daughters in 19th century England and the changes they experience when their lives intersect with one Mr. Bingley and his friend Mr. Darcy. While Bingley takes immediate interest in Jane, the eldest daughter, Darcy clashes with Elizabeth Bennet, the second daughter. The struggles and turmoil Elizabeth and Darcy encounter in their efforts to fight the spark between them has kept many a reader intrigued for decades.

A poor, mistreated heroine, a dour, misunderstood hero, and a mad wife locked in the attic — if that’s not romance, I don’t know what is! Jane Eyre tells the story of an orphaned girl first raised by a cruel Aunt who eventually abandons her to a harsh school and environment. As she ages, she enters the adult world alone and friendless, until she becomes a governess at Thornfield and meets the moody, yet charismatic Mr. Rochester. In a house full of secrets and gothic mysteries, Jane and Rochester’s souls connect in one of the most passionate love stories in the history of literature. Can Jane find love with a man in need of redemption? Can she save him and in the process, can he save her from her own lonely fate?

How can one craft a list of the best romance novels without making mention of this classic? Many consider this Shakespearean work to be the greatest love story of all time. This tale of “star-crossed lovers” has been told and interpreted time and again. Chronicling the journey Romeo Montague and Juliet Capulet (two of the most famed clans in literature) must undertake to cross the barriers of class that separate them. Their family’s disapproval of their love eventually leads to their demise. Romeo and Juliet is the tragic love story many a contemporary author has struggled to replicate with little success.

Set in the highest circles of Russian society, this literary soap opera follows the love affair of Anna Karenina. Trapped in a loveless marriage, Anna Karenina succumbs to temptation and enters a dangerous affair with Count Vronsky. When the strain of their love becomes too much, Anna Karenina leaves Vronsky. Tragedy unfolds leading to a heart-wrenching ending, one of the most doomed love stories ever written.

As if this one wasn’t going on our list. Nicholas Sparks has to be the most popular romance author of our time. Half a dozen of his books could easily make our list of best romance novels, but The Notebook is the one that stands above the rest, thanks, in part, to the now-classic film adaptation. The story is told from Noah Calhoun’s vantage point as he reads the story of their love to his wife who no longer remembers him because of Alzheimer’s disease. The audience is pulled along for the ride as Noah recounts his first sighting of Allie, their first kiss and many heartbreaks that had to happen before their happily ever after.

Love is one of the most powerful emotions in the world, so much so that it has compelled writers to produce some of the best romance novels of all time in an effort to explore its intricacies. These ageless classics know just how to pull on our heartstrings. So, jump under the covers, turn down the lights and tuck into one of these most sought-after romantic novels of all time.

Best Romance Novels Guaranteed to Fill Your Heart with Love