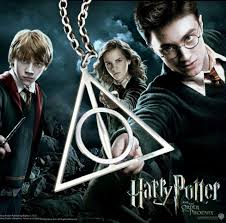 Great books can make for great films. When an author gives the go signal to turn their books into a movie adaptation, it can go either way – a blockbuster hit or a giant flop. If done right, both the book and film can gain and instant massive following; if done wrong, it can disappoint and even infuriate book fans. That’s why turning books into movies is no easy task. It isn’t enough to simply stay true to the spirit of the book. You also have to appeal to new moviegoers. Those who don’t know the book and who are only looking for a good time.

10 of the Best Movie Adaptations

Arguably the biggest franchise to have stemmed from a book series, J.K. Rowling’s Harry Potter boasts of eight blockbuster movies. The books were bestsellers but it wasn’t until the films were made that the franchise became a worldwide phenomenon. The movies are as magical as a series of movies will ever get. This story of a young boy exploring the wizarding world remained largely faithful to the record-breaking books.

Lord of the Rings

Faced with the daunting task of adapting J.R.R Tolkien’s book into a movie, director Peter Jackson more than succeeded in delivering a three-movie epic that has stood the test of time. The Lord of the Rings movies are largely unparalleled.  They have turned Tolkien’s voluminous works into a friendlier, easily consumable format that continues to entertain the public.

The movie adaptation of Suzanne Collin’s “The Hunger Games” is one of the best novel-turned-movie series in the last decade. The movie maintains the tone and emotion of the novel in narrating Katniss Everdeen’s quest to take down President Snow. At the same time, it still keeps the humor and action that the book’s fans enjoyed.

Whether you’re a fan of the book or not, you can’t deny that Twilight is one of the book-turned-movie blockbusters. Popular among the young adult crowd, this Stephanie Meyer-penned series brings to life the fantasy love triangle saga between a human and a vampire. The success of both the books and movies made the paranormal genre popular among book fans.

The Fault in Our Stars

When John Green’s The Fault in Our Stars was announced to become a movie adaptation, many of the book’s followers looked forward to the same heartbreaking and gut-wrenching storyline. Luckily, the film remained accurate to the book and was one of the highest earning films of 2014. The story revolves around cancer patients Hazel and Gus who begin a life-affirming journey while battling the disease.

Most people consider David Fincher’s Fight Club to be one of the most accurate translations of book to film. Fincher’s ability to distil Chuck Palahniuk’s ideas about identity, empowerment and wanton consumerism elevated the movie adaptation to a cult classic. Revered by cinephiles and average moviegoers alike, Fight Club’s mindboggling twist continues to shock and stun new moviegoers.

No Country for Old Men

The Cohen Brothers are very literal when it comes to movie adaptations. As such they endeavored to remain as faithful as possible to Cormac McCarthy’s novel. The results were extraordinary. This chilling depiction of a cold-hearted assassin bringing death to the story’s characters has won the Coen Brothers an Oscar.

The purpose of David Mitchell’s novel was to explore the consistencies of life through six intertwining storylines taking place in different eras and dimensions. Considered un-filmable by many in Hollywood, the Wachowskis brought Cloud Atlas to the big screen with considerable effort. All the criticisms the movie received cannot deny the achievement of the Wachowskis. They did the source material justice by delivering a creative and aesthetic masterpiece of a movie adaptation.

Though Christopher and Jonathan Nolan chose to remove some of the more spiritual subtexts of Christopher Priest’s book (as well as changing the finale), they none-the-less maintained the essence of this story in its movie adaptation.  The story is about a pair of magicians competing for the hearts and minds of the masses in a bygone age. While some might prefer the novel’s conclusion, Nolan’s finale was no less entertaining.

Elmore Leonard, the author of Rum Punch, has admitted on several occasions to the superiority of Quentin Tarantino’s adaptation of his book, and one can see why. Well written and masterfully structured, Jackie Brown is a Tarantino classic.  With every single sentence driving the story towards a satisfying end, it’s clear to see why it’s considered home to great music and memorable performances.

While the movie adaptation of a book rarely succeeds, the few films that work often exceed expectations. The movies mentioned above are unlikely to fade from the minds of those book lovers that adore the source material anytime soon.