9 Benefits of Participating in the National Novel Writing Month 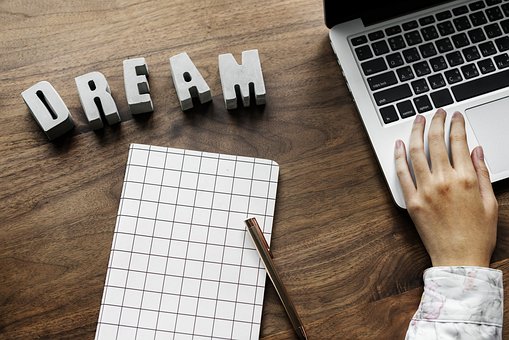 If you’re an aspiring novelist but have yet to write your masterpiece, you might want to consider taking part in the National Novel Writing Month (NaNoWriMo). The NaNoWriMo is a worldwide fiction-writing frenzy held every November. Established in 1999, the event challenges its participants to produce a 50,000-word novel in just 30 days (November 1-30). That’s 1,667 words per day!

Crazy as it may sound, writing that many words is a challenging but achievable target. Since its inception, hundreds of thousands of writers from around the world have participated in the NaNoWriMo. Focusing on the creative process, the National Novel Writing Month fixates on quantity rather than quality – encouraging writers to finish their first draft and edit it at a later date if necessary. To date, over 250 NaNoWriMo novels have been traditionally published, including Water for Elephants (Sara Gruen), The Night Circus (Erin Morgenstern), Fangirl (Rainbow Rowell) and Anna and the French Kiss (Stephanie Perkins).

So what’s in it for you? Why would you even want to write an insane amount of words in just a month? Well this internet-based writing campaign believes that there’s a story in everyone and that participating in the NaNoWriMo can help pull it out. ChatEbooks lists down the incredible host of benefits authors can use in their writing journey.

You cannot become a better writer unless you make writing a regular routine, and that is what participating in the National Novel Writing Month will help you do. It will force you to make writing a daily habit. This sort of commitment can later translate into you successfully completing and publishing many literary works.

The NaNoWriMo will also force you to get a pretty good jump start on your writing project. 50,000 words is roughly two-thirds of the average novel. So if you’re able to attain the NaNoWriMo’s 50,000-word writing challenge, you’ll just about the first draft of your story already written.

The NaNoWriMo brings with it a massive community of writers. In fact there are over three hundred authors for you to engage with online.  This sort of support will not only help you beat the NaNoWriMo writing challenge, but it can also be a valuable network for you to lean on throughout your entire writing career.

Nothing stunts the completion of a novel more than overly self-editing it to no end. This is where you spend so much time editing your first draft (as you write it) that you fail to make any real progress. The National Novel Writing Month event will help you resist the urge to compulsively self-edit your story. Given its ambitious 50,000-words in 30-days challenge, you won’t have time to edit your work as you go. So rather than wasting so much time on such detailed editing so early on in your writing project, the NaNoWriMo will train you to instead focus on meeting your goals.

The NaNoWriMo gives you a platform to experiment, break from the norm and try a few new styles. You can try your hand at new genres, write from the perspective of a different gender or even change the time periods in which your books are usually centered around. The sky is the limit for you to be creative. Such experimentation and can uncover new creative talents from which to draw your next book.

The NaNoWriMo encourages participants to focus and concentrate on their work. The challenge of writing 50,000 words in a month will pretty much put a damper on activities such as texting friends or watching silly cat videos. This event puts you in a mindset where you must focus all your energy on meeting a specific goal every day. Ultimately you’ll internalize the practice of being focused, and it will manifest in your future ability to weed out frivolous distractions and concentrate on accomplishing your writing goals.

Another benefit of joining the National Novel Writing Month is its ability to help you overcome writer’s block. The mental obstacles keeping you from moving forward will cease to exist the moment you begin the 50,000-word challenge.  The tight deadline doesn’t allow you the luxury of waiting until your creative juices begin to flow.  With NaNoWriMo, you’re challenged to write despite the block.

You can use this event to create marketing material for your future works. If you have a novel that you are currently working on, then use your NaNoWriMo work as a promotional piece. Find a way to relate it to your future novel and use it to whet the appetites of curious readers. Conjure up a pre-cursor that gives readers a reason to anticipate the fully published novel in the months to come.

The NaNoWriMo will help you hone your skills. There is no better way to become a better writer than to write. And the National Novel Writing Month forces you to dedicate hours upon hours of your day to writing. As a result, you can expect to see your writing abilities undergo drastic improvements.

All in all, the NaNoWriMo’s main goal is to encourage creativity in each writer. The National Novel Writing Month should foster new practices that in turn can stimulate creativity and equip you with many tools that can be applied to future writing projects.

9 Benefits of Participating in the National Novel Writing Month