10 of the Best Romance Authors Whose Classic Tales Transcend Time 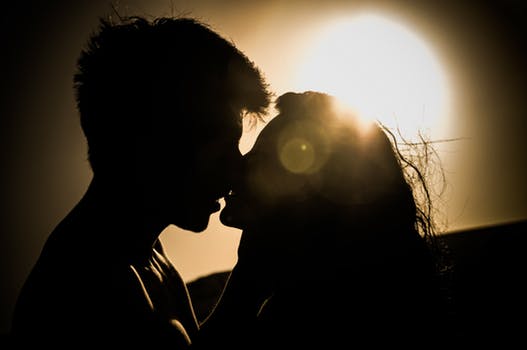 Romance novels have come a long way in recent years. Bestselling romance authors have proven to rise above the cliché love stories and create pulse-pounding tales that readers can relate to in one way or another.

10 of the Best Romance Authors

The best romance authors are writers who have an inimitable command over the genre, capturing readers with a beautiful love story. They are classic and contemporary authors who have made their name worthy of acclaim by churning stories of love, sacrifice and heartbreak that live to this day.  So who are some of the best romance authors of all time? ChatEbooks has this non-exhaustive list of 10.

No list of the best romance authors would be complete without Jane Austen. Austen’s works sought to tackle societal elements and conflicts. Yet, she has penned some of the best romantic novels, most notable of which is “Pride and Prejudice.”

Bronte is recognized for bringing something new to the table by producing gothic melodrama in her body of work. A gifted writer, her romance classic, “Jane Eyre”, raised the standard for all books to come in the genre.

Bronte’s “Wuthering Heights” is a classic on par with some of the best Shakespearean tales. Her work sought to challenge societal norms regarding issues like class and religion.  Sadly, Bronte did not live to enjoy the acclaim her books eventually attracted.

Nifenegger is an American author whose novels infuse romance with science fiction. Best known for “The Time Traveler’s Wife” which sold over 7 million copies, was translated into 40 languages and was adapted into a film.

Sparks is, without a doubt, the most globally renowned author in the romantic genre today, boasting of 20 novels, 11 of which have been adapted into movies. He is best known for the books “The Notebook,” “A Walk to Remember,” and “Safe Haven.” His books have sold almost 100 million copies worldwide, with over 65 million copies in the US alone.

Mitchell is an American journalist and author who gained fame for the Pulitzer Prize winning epic romance novel “Gone With the Wind”.  Her novel sold over 30 million copies and was translated into an Academy Award winning film. Her second novel, “Lost Laysen,” was discovered after her death in 1996.

Also known as Sarah Hardesty, J.D. Robb or Jill March, Roberts has made more money from the romance genre than almost all other renowned romance authors. With an impressive 209 novels under her belt, Roberts has won many prestigious accolades during her career.

This New York Times bestselling author has sold over sixty million copies of her novels. Her humorous and adventurous tales, with titles like “A Knight and the Shining Armour,” “Counterfeit Lady” and “The Velvet Promise” made her one of the beloved authors in the romance genre.

Another amongst the best romance authors, this Irish novelist has written over 27 novels in both the romance and historical genres. A New York Times bestselling author with multiple hit novels like “The Clayborne Brides,” “Come Spring” and “The Wedding”, Garwood’s goal is to make her readers laugh and cry at the same time.

McNaught’s lengthy career boasts of “Until You” and “Remember”, both of which landed on the top spot of the New York Times Bestseller List. Her first novel, “Whitney My Love,” won a Romantic Times Award, which is a testament to her skill.

Any author can write a romance tale about two people falling in love. However, only a few authors can craft stories that know how to pull on our heartstrings.  The best romance authors write stories that seek to stand out, refusing to rely on overused clichés and concepts.

10 of the Best Romance Authors Whose Classic Tales Transcend Time