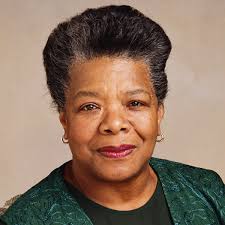 Poetry is an artistic manifestation that few understand and even fewer appreciate. True, most of the best poets the world has ever seen have passed. But the works of these men and women that once ruled the cultural stage in previous eras continue to astound. Some were more famous than others, yet all have left lasting “fingerprints” and their names will long be remembered.

10 of the Best Poets

Poets come and go but only the best thrive in the poetry arena. Their legacy will never die down with the quality of work they have produced in their lifetime. Some of the best poets in ChatEbooks‘ list include the following:

Born in 1770 in Cockermouth, Cumberland, Wordsworth is one of the most prominent literary figures and best poets in modern history. A purveyor of the Romantic Movement, Wordsworth’s literary journey began with descriptive sketches. His reputation then grew when he began to tackle lyrical bards and poetry. His most famous work, The Prelude (1850), published three months after his death, is considered by many to be the crowning achievement of English romanticism.

Born in 1564 in England, William Shakespeare is one of the most highly esteemed writers the world has ever seen. He is widely known for his poems “Venus and Adonis,” “The Rape of Lucrece” and “A Lover’s Complaint.”  Quoted by everyone from professors to laymen, people continue to study his works to this very day.

Bon in 1928 in St. Louis, Missouri, Marguerite Annie Johnson (as she was named at birth) is one of the widely renowned African American poets. Her works over the decades even allowed her to garner a Pulitzer. Among her volumes of poetry are the Pulitzer Prize winning “Just Give Me a Cool Drink of Water ‘fore I Die (1971), Oh Pray My Wings Are Gonna Fit Me Well (1975), Shaker, Why Don’t You Sing (1983) Wouldn’t Take Nothing for My Journey Now (1993) and A Brave and Startling Truth (1995).

Born December 1830 in Massachusetts, Dickinson was one of the 19th century’s premier American Poets. Her works are heavily influenced by the metaphysical poets of 17th century England. Upon her death in 1886, Dickinson’s family discovered forty handbound volumes of nearly 1,800 poems, the first volume of which was published posthumously in 1890. Although she was not publicly recognized during her lifetime, Dickinson’s work has continued to influence poetry even as the field has evolved over the years.

Born in 1902, James Mercer Langston Hughes was also a playwright, novelist and a social activist. Also a newspaper columnist, Hughes is most notably known for creating jazz poetry. He also worked with an African American cultural movement called the Harlem Renaissance in the 1920s. Best known for his “Simple” poems (Simple Speaks His Mind, 1950; Simple Takes a Wife, 1953; Simple Stakes a Claim, 1957; and Simple’s Uncle Sam, 1965), Hughes is primarily known for his insightful portrayals of black life in 1920s-1960s America.

Born in 1874 in San Francisco, California, Robert Frost commanded considerable respect and popularity while he was alive.  He is one of the 20th century’s foremost best poets with four Pulitzer prizes under his belt. He was first published in England before finding fame in America by becoming one of the most awarded American poets ever. His collections of poems include A Boy’s Will (1913), North of Boston (1914), New Hampshire (1923), A Further Range (1936) and In the Clearning (1962).

Born 1819, Whitman taught himself how to read at an early age just so he could personally experience the works of authors that inspired him such as Shakespeare. Often labeled as the “Father of Free Verse,” Whitman’s works are generally prose-like, breaking the boundaries of poetic form. As early as 1850, Whitman began writing a collection of poetry, later called “Leaves of Grass,” which he kept editing and revising until his death. More than just another poet, Walt spent a number of years volunteering as a nurse in the Civil war.

Colossus, Plath’s first collection of poems, was published first in England in 1960 then in America in 1962. Three more volumes of her poems were published subsequently including “The Collected Poems” which was the first recipient of the 1982 Pulitzer Prize. In 1963, she committed suicide, shortly after writing her iconic novel, “The Bell Jar.”

One of the best poets of the Romantic era, Blake was born in 1757 in London’s West End. Though his work didn’t garner much interest while he was alive, the years following his death were much kinder to his legacy. Blake eventually attracted positive critical acclaim from all corners of the globe for his work as a visual artist and painter.

This popular politician from Chile was born in 1904 in the small Chilean town of Parral. Pablo took to poetry at a young age, receiving recognition for his work at the age of ten. Pablo’s ability to write poetry in a wide variety of genres (as well as his fondness for writing in green ink) attracted considerable interest.

Poetry might have undergone numerous changes over the years but the best poets continue to dominate the poetry arena. Their works will never cease to mold and shape the minds and styles of each new generation of poets.