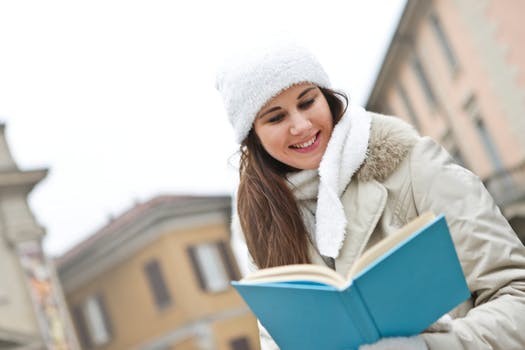 An American bestselling author, Nora Roberts has pretty much defined the romance genre, working within a wide variety of fields. These include suspense to futuristic romance and even the paranormal. Roberts, who also writes as J.D. Robb, has written over 200 books during her lengthy career.  59 of her works have debuted in the #1 spot on the New York Times bestseller list.

Considered a publishing phenom, Roberts has more than 400 million copies in print worldwide. So it was everything but easy to compile a list of the best Nora Roberts Books, as there are just too many to choose from. Nevertheless, the following books have received more critical acclaim and audience support than most of Roberts’ other works. ChatEbooks lists down 10 of the best Nora Roberts books:

The first book in the Bride Quartet, Vision in White is a cute and light-hearted story about a nerdy man that falls for a wedding photographer. Carter Maguire is hardly the sort of man Mackenzie Elliot would date. Carter finds Elliot at a point in her life when all she wants from the world is a casual fling.

The first book in the ‘In the Garden’ series, published in 2004, Blue Dahlia is a fantasy, romance novel about a recently-widowed woman that falls for a landscaper. However, an unidentified figure only known as the Harper Bride isn’t happy with the couple’s burgeoning relationship.  Her rage allowed her to reach beyond the grave to wreak havoc upon the lives of the two lonely souls.

The first novel in the ‘Born’ Trilogy, published in 1995, follows Maggie Concannon, a fierce, volatile-tempered glass maker.  Maggie struggles against her burning attraction for Rogan Sweeney, a gallery owner from Dublin promising to make her a star. Born in Fire may not be considered one of the best Nora Roberts books in the trilogy, but it is a perfect entrance into one of her best trilogies.

After years of fluctuating war and peace, the historic hotel in Boonsboro is receiving a major facelift from the Montgomery brothers and their eccentric mother. Clare, a widowed mother of three, returns to her hometown and finds herself immediately drawn to Beckett (one of the Montgomery brothers) and the transformational work he is doing to the old inn across the street. Within the inn, an extraordinary adventure awaits Clare.

Cameron Quinn is a champion boat racer that is forced to come home after years spent traveling the world and wasting his winnings on wine and women. His dying father wants Cameron to care for a strange young boy called Seth.  Cameron’s independence is quickly stifled as he faces new challenges and struggles against old family rivalries and resentments. Some think Sea Swept might be one of Roberts’ best because of the intriguing stories that surround the romantic plot.

Nell Channing runs to the charming Three Sisters Island to escape her abusive husband. Dance Upon the Air is considered by many to be one of the best Nora Roberts books because of all the tension it generates – with Nell struggling to create a life that the demons of her past threaten to shatter at any moment.

A former Baltimore cop flees to Alaska after the death of his partner. There, he finds love with a bush pilot. One of the best Nora Roberts books by far, Northern Lights doesn’t follow the typical romance formula.  Instead it utilizes a unique setting to create suspense and mystery amidst the romance.

Jack Mercy’s daughters are strangers to one another. If they want to inherit his money, they must learn to live as a family. Montana Sky brings three amazing stories about three heroines together in a single book. It is the perfect representation of the romance genre and Roberts’ particular style.

12 years ago, Abigail Lowery escaped the controlling hand of her mother, let loose for one night and witnessed something horrific. Her attempts to stay under the radar attract the attention of the local police chief of the small town she now calls home. The Witness is one of those rare yet perfect standalone Nora Roberts novels.

River’s End is a sad story about a girl that cannot completely remember the horrific death she witnessed and the man that has been in love with her for most of his life. With River’s End, Roberts discards the cute plots and happy stories she is known for and instead delves into the darker facets of the romance genre.

Dr. Tess Court is one of Washington, D.C.’s top psychiatrists. However, she wants nothing to do with a case involving a serial killer plaguing the nation’s capital. Through police persuasion, Dr. Court takes the cases, working with the charming and sexy detective, Ben Paris. Detective Paris’s troubled past and disdain for psychiatrists puts him at odds with his new colleague. Still, he must work with her to track down the crazed killer known as “The Priest,” a madman who claims to absolve sins by killing people. As the doctor and the detective work the case, a passion grows between them, as does the danger surrounding them.

It is impossible to reduce the best Nora Roberts books to a single list of this size. The author has produced so many amazing works, from The Reef to True Betrayals, Carolina Moon and so much more. You would be remiss not to explore Roberts’ extensive body of work further.